Sometimes you find that life is filled with good things – I’m putting this first anniversary post together in a very comfortable hotel where six of us meet up every year to sew, gossip and have a creative break.  The company is excellent, the food likewise, and we will all return home refreshed and re-charged.  Productivity abounds – as you can see from the following 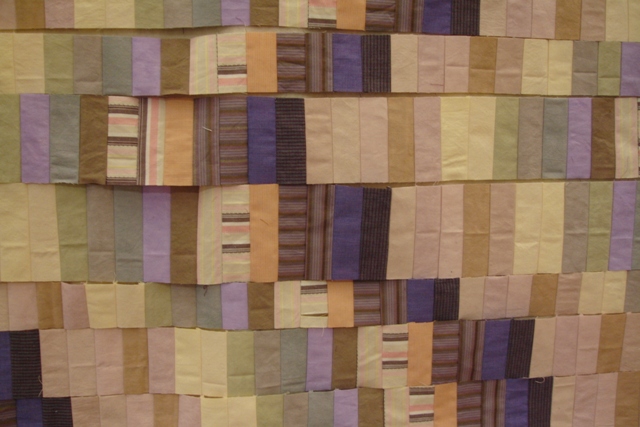 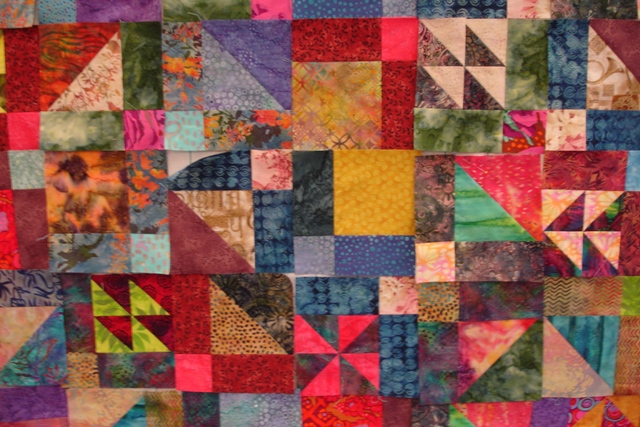 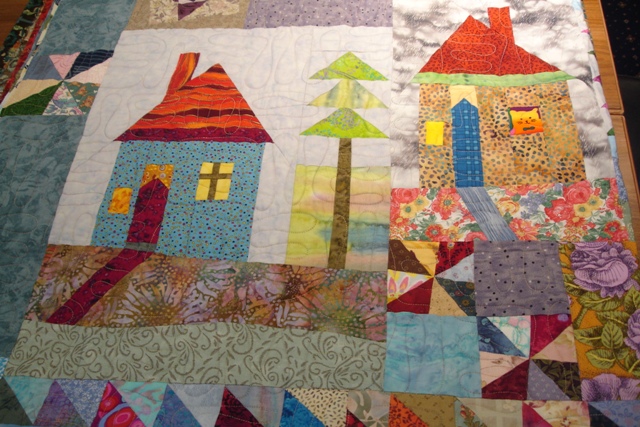 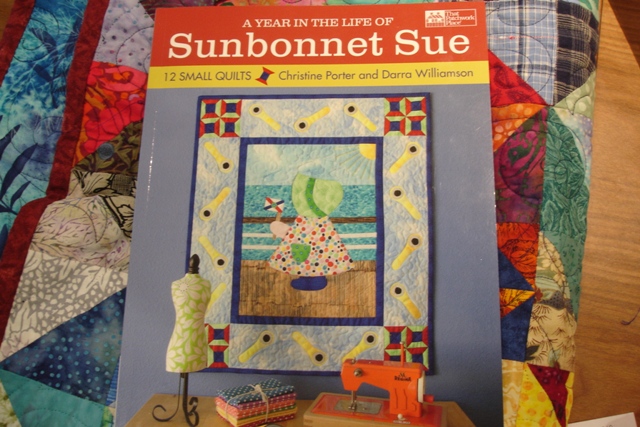 My stitching output during this time has been modest but very satisfying – I’ve added to my stack of red, green and yellow Sawtooth Stars 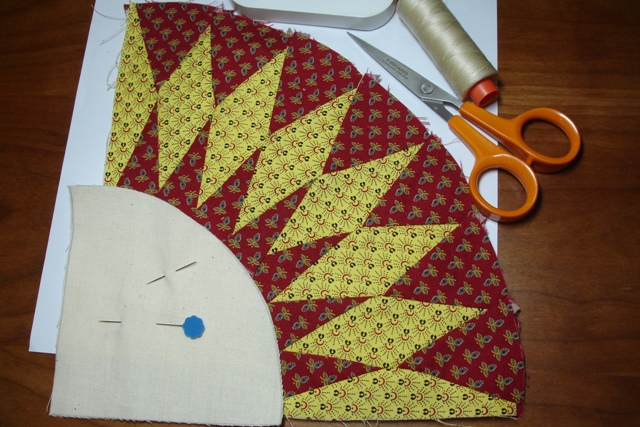 And I’m delighted to report that The Missing Thimble has turned up, which makes this stitching SO much easier.   (Why I had put it in an outdoor jacket pocket entirely escapes me, but there must have been a good reason … perhaps I thought I could multi-task and sew at the same time as walking the dog! )   Actually, the thimble had no choice but to come out of hiding as the wonderful Shirley  had sent me this treasure to keep it safe once it had been found – how lucky is that?  Thank you Our Kid, I shall wear it like a badge of honour.

The Thimble was returned to normal service just before I set off to teach hand quilting at Denman College.  The course went well, everyone worked very hard and a good time was had by all. 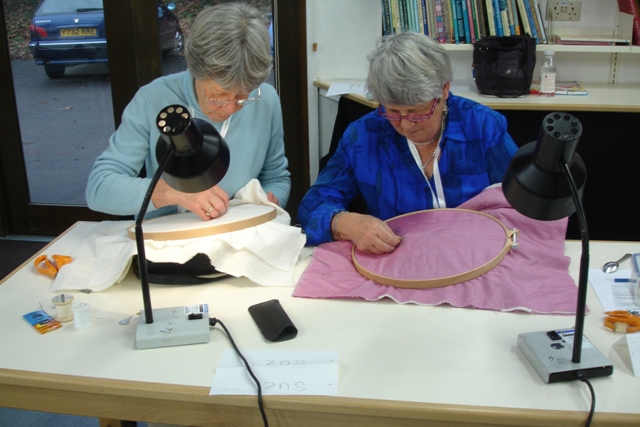 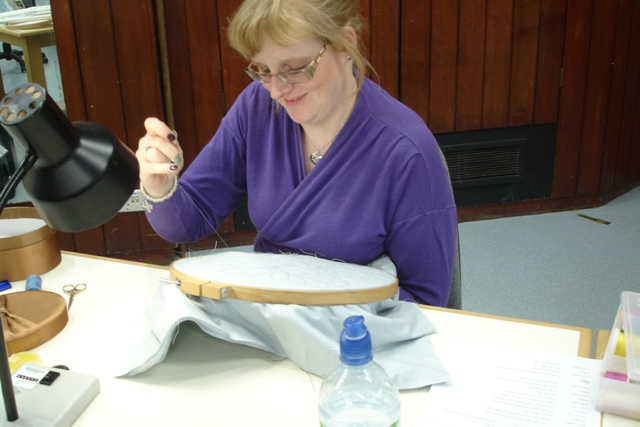 Packing and unpacking for classes invariably results in some rummaging in the quilt cupboard.  During the last bout of rummaging I thought it might be about time to bring out these vintage quilt tops.  It’s quite a while since I took a good look at them and I find that they still have a lot of appeal.  The first is handpieced, with great variety in the quality of stitch, and a little fragile, but it could still be finished up into a quilt – 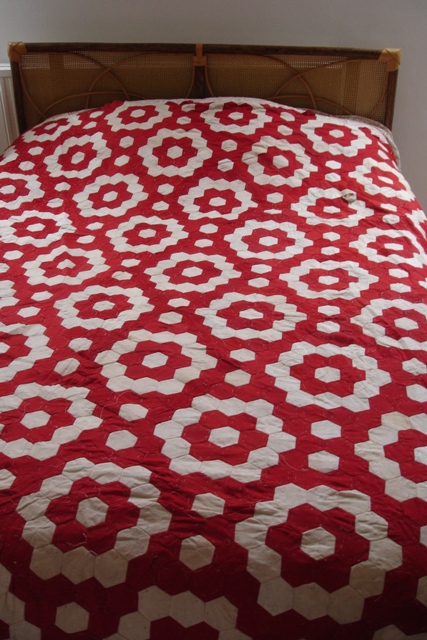 The third top is a Turkey Red Feathered Star which came to me many years ago from a generous US friend.  The concept was that I would finish it up with lashings of hand quilting.  The more I looked at it, the more I shied away from making a start – the original maker had, I think, lost her way at some point.  The centre star units within the Feathered Stars are mostly on point, but some of them are square on, for no particular reason.  It’s interesting that these centre stars are not pieced, but cut as a single piece of fabric.  The entire top is machine pieced with some considerable variations in seam allowance.

I can’t believe it’s a year since I started this blog – it has been said many times before but I truly have  found a whole new circle of friends, inspiration and support.  Warmest thanks to brave souls who have subscribed – I do appreciate your company!  (And, in the current difficult times, I’m particularly grateful that my friends in Cairo and Australia are safe).   It’s an established blogging tradition to have a giveaway to celebrate anniversaries, but I haven’t decided yet what the giveaway could be, so I’ll have to save that thrilling news for the next post when I get home.  Until then, I’m off to turn the music in my headphones up loud and enjoy some more stitching – cheers!

teacher and writer https://barbarachaineyquilts.wordpress.com www.barbarachainey.com View all posts by Barbara

I'd be delighted if you left a comment to say you've dropped by ...